Aurora, Ontario. October 22, 2014 – While the effects of alcohol consumption when driving are well documented, there is growing concern that drug-impaired driving is just as dangerous, particularly amongst teen drivers. In fact, recent findings indicate that the number of teen fatalities from auto collisions who tested positive for drugs rose significantly between 2000 and 2010 to a level comparable to those who tested positive for alcohol.

A new review of secondary research by the Traffic Injury Research Foundation (TIRF) shows that in 2000, a greater percentage of fatally injured 16-19 year old drivers tested positive for alcohol than for drugs (40.3 per cent versus 23.6 percent). However, in 2010, while alcohol related fatalities decreased slightly to 36.6 per cent, drug related fatalities among 16-19 year old drivers increased by roughly 16 per cent to 39.2 percent, suggesting that the two issues have become equally important to address.

“While drug-impaired driving isn’t necessarily new, this upward trend demonstrates that our society needs to increase awareness of the dangers, similar to what we have with alcohol,” said Ward Vanlaar, Vice President Research, Traffic Injury Research Foundation (TIRF). “Anybody looking at the data will understand why, especially when they see a peak year like 2006 where close to half, 43.7 per cent, of fatally injured teens tested positive for drugs in their system.”

The representative drugs found include illicit substances, prescription drugs and over-the-counter medications. Some were used in combination and all could affect a driver’s ability. An examination of the 2008 to 2010 period revealed that cannabis was by far the most prevalent substance, with 28.6 per cent of fatally-injured drivers testing positive for this substance.

“Parents can help teenagers develop safe driving habits. Through regular conversations teens can be taught the risks of alcohol and drugs, from cannabis to cold medications, when behind the wheel,” John Bordignon, Media Relations, State Farm. “While teens make up the smallest percentage of drivers on the road, they have a higher risk of death per kilometre than any other age group, and so many of those deaths are preventable. Parents may find that conversations about driving under the influence of drugs are difficult, but they are necessary to empower teenagers to make better decisions that could save lives.”

While regular conversations about drug and alcohol use are important for all teens, among 16-19 year olds, males may be more at risk of dying in a crash when driving under the influence. Further research into the 2008 to 2010 period indicates that 43 per cent of males fatally injured in collisions tested positive for drugs, compared to 25.4 per cent of females.

In its continued dedication to safe teen driving, State Farm has partnered with the charitable organization Parachute – www.parachutecanada.org – to help establish a National Teen Driver Safety Week (NTDSW) in Canada every third week of October. NTDSW is dedicated to raising awareness about safe teen driving and seeking solutions for unnecessary teen road-related injuries and fatalities. This year National Teen Driver Safety Week will take place from October 19 to 25. Visit StateFarm.ca/NTDSW to learn more.

About the Research
The Teen and Drug-Impaired Driving fact sheet examines the role of drug-impaired driving in fatalities among 16-19 year olds in Canada. The infographic was created to highlight and summarize the key findings from the fact sheet. 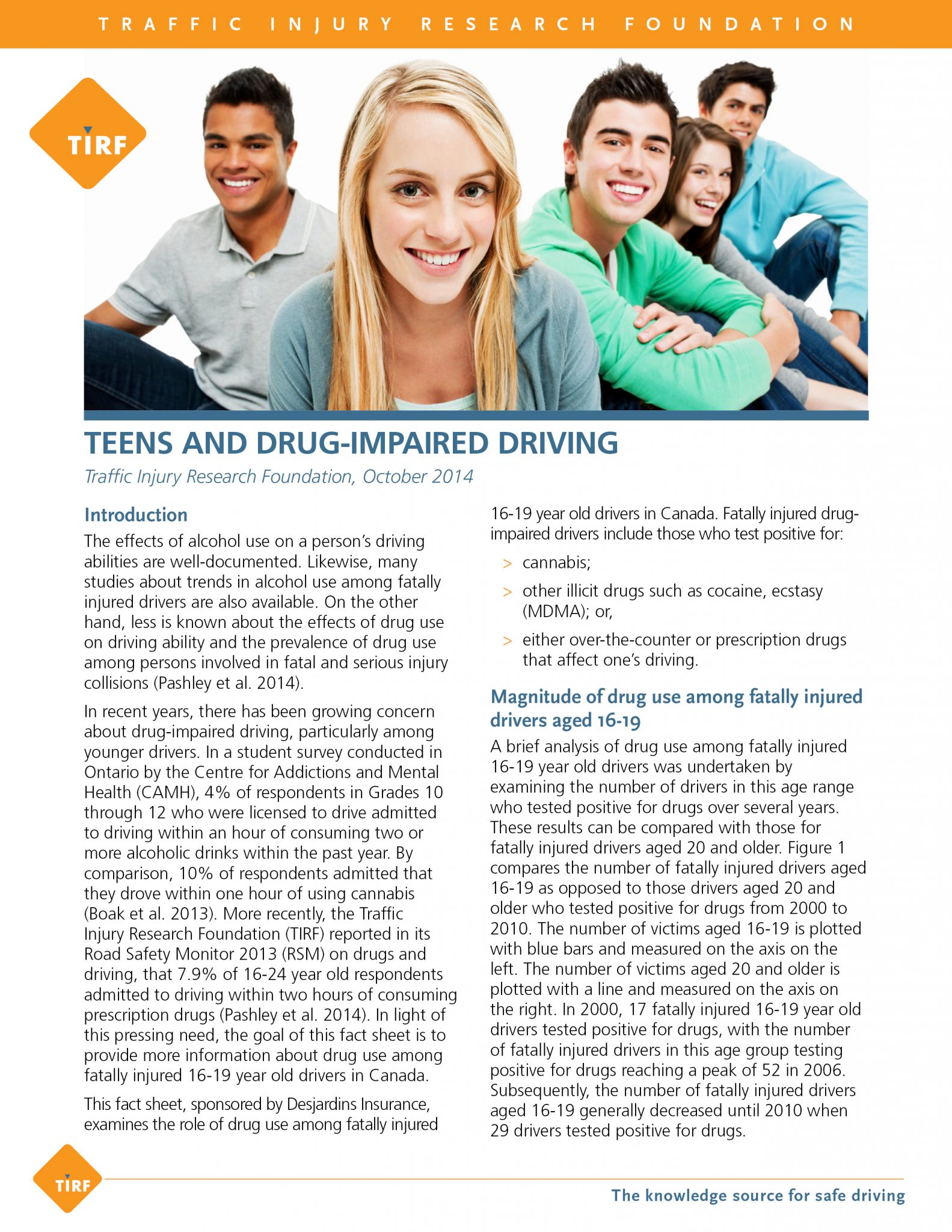 Teens and Drug-Impaired Driving (14I) 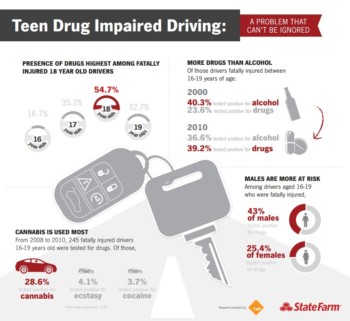 About State Farm
State Farm has been serving Canadians since 1938. State Farm and its affiliates are the fourth largest auto insurance provider, and the seventh largest property and casualty insurer in Canada. In addition to providing affordable car insurance rates, State Farm has more than 525 Canadian agents and 1300 employees providing insurance and financial services including mutual funds, life insurance, vehicle loans, critical illness, disability, home and auto insurance to our customers in Ontario, Alberta and New Brunswick. For more information, please visit statefarm.ca®, join us on Facebook, follow us on Twitter, or see us on YouTube.

About Traffic Injury Research Foundation
Established in 1964, TIRF’s mission is to reduce traffic-related deaths and injuries. As a national, independent, charitable road safety research institute, TIRF designs, promotes, and implements effective programs and policies, based on sound research. TIRF is a registered charity and depends on grants, contracts, and donations to provide services for the public. Visit us at www.tirf.ca, join us on Facebook www.facebook.com/tirfcanada and follow us on Twitter https://twitter.com/TIRFCANADA 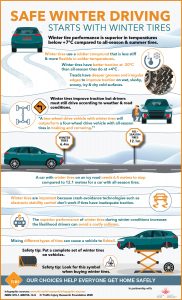