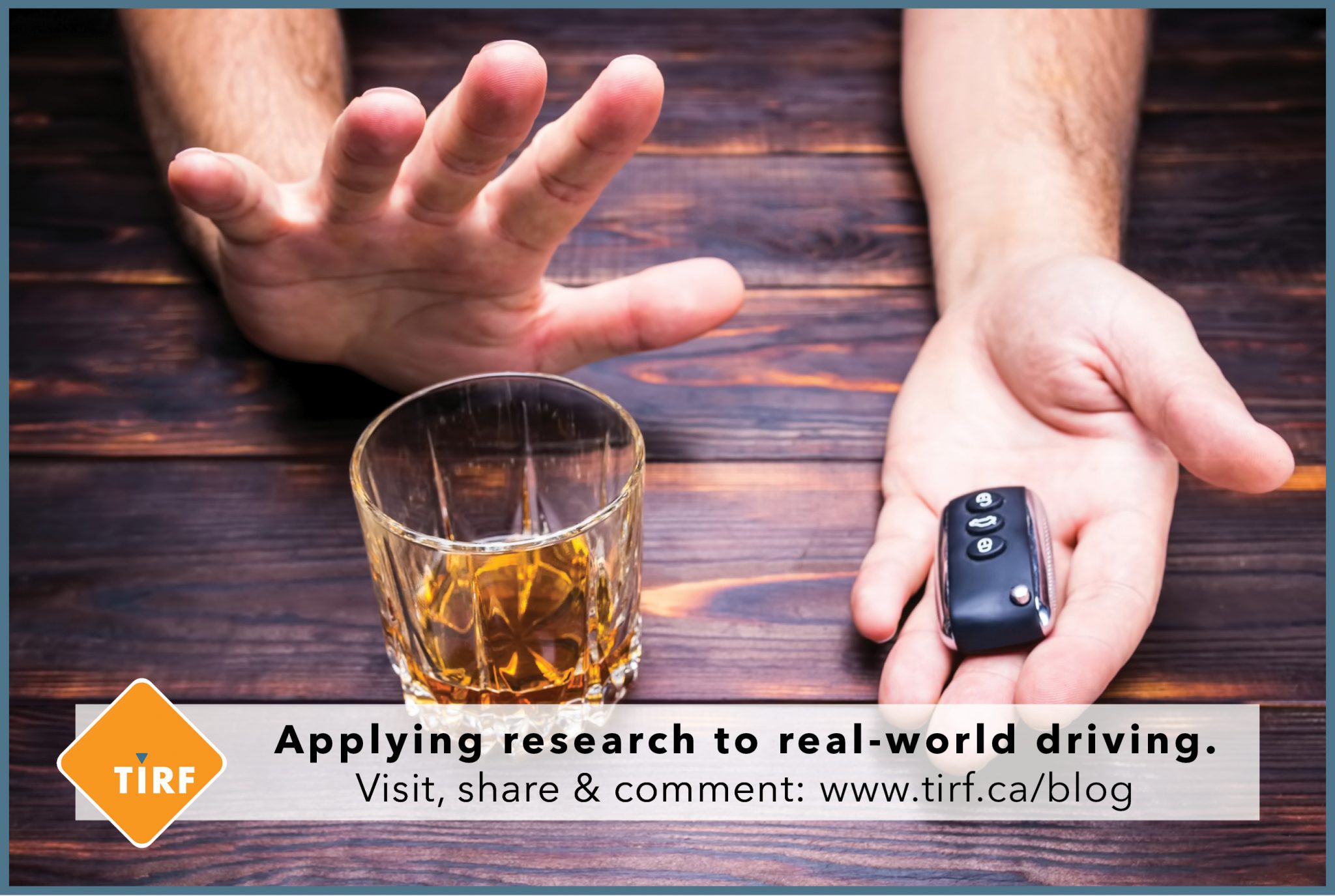 How we feel is simply not a good indication of our level of impairment.

As summer draws to a close, many of us are trying to squeeze out the last bit of nice weather and spend it outdoors or hosting backyard BBQs with our social bubble companions. Who would’ve thought ‘bubble parties’ could become a real thing? But even though we socialize in smaller groups, and perhaps more often in our yards to help keep everyone safe, it’s important to recognize we’re still responsible for the safety of others when it comes to drinking and driving. This remains unchanged and more important than ever.

I’m sure we agree, the sheer number of drivers over the limit is far too many when it comes to keeping each other safe. Let’s explore some of the reasons why and what can be done to stop it. To help all of us speak up about drinking and driving, and keep these conversations positive, preparing to respond to some of the most common reasons people give for driving after drinking can help you handle these situations like a pro.

I’ll just have one, maybe two… 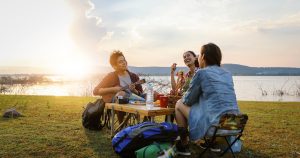 After months of physical distancing, most of us are thrilled to get together in small groups to celebrate, well, just about anything. BBQs in the backyard that are BYOB will continue as long Indian summer remains. Many of these social get togethers likely include alcohol consumption. As invited guests, we may not plan to drink more than one or two over the course of a few hours in the afternoon or evening. In these instances, it can seem like planning a safe ride isn’t necessary because we think either we, or a spouse, partner or friend, will surely be safe to drive home. They’ll just switch to water or a non-alcoholic beverage like Bud Zero, part way through the event; right? It’ll be fine.

A few hours later you find yourself still catching up with family and friends, drink in hand. As you look around and see people are packing up and starting to head out, you realize you’ve lost track of the time, and how many drinks you had. Was it two? Or maybe three? You find yourself trying to do a quick recap in your head about how much you drank (did I have two in the kitchen and one in the yard?), or how much you ate, but suddenly aren’t so sure.

In these instances, it can feel pretty uncomfortable to speak up and tell your host or hostess you may not be okay to drive. So, when you accept the invitation, make a point of telling your host or hostess how you plan to get home. Discuss options for a Plan B in the event your plan to be a sober ride or have a sober ride just doesn’t work out because the party was too much fun. Hosts and hostesses are concerned about the safety of their guests and may face legal liability if a drinking guest injures someone else. As a host or hostess, talking with guests about plans before the party and why it’s important means you can easily be part of the solution and help normalize conversations about this difficult topic. More importantly, it means you and guests can enjoy the party without worrying about anyone getting behind the wheel after drinking. 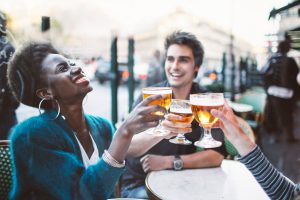 Some drinkers believe they are fine because they stick to beer and don’t drink wine, spirits or those premixed carbonated alcopops (think Mike’s Hard Lemonade). The truth is a drink is a drink is a drink and there’s no difference between drinking beer, wine or spirits. A 12oz beer or cooler contains the same amount of alcohol as a 4.5oz glass of wine or a 1.5oz drink with liquor. Regardless of what type of drink you choose, it has the same effects on the ability to drive safely. As blood or breath alcohol concentration (BAC) increases, the ability to drive safely exponentially decreases. To put it plainly, after one drink it becomes difficult to perform divided attention tasks, such as driving, after three drinks your capability to steer and track other vehicles declines, and after four it becomes difficult to control your speed and your concentration is significantly reduced. Not only are you less likely to recognize hazards; you’re less able to avoid them which puts you, your passengers and other road users at risk. If you are consuming alcohol, the safest choice is to not drive.

No really, I feel fine

How impaired you feel after drinking is never a good baseline to judge whether or not you are able to drive for the simple reason that you have consumed an impairing substance. In fact, multiple research studies have shown people are generally terrible at gauging their level of impairment, or blood alcohol concentration (BAC) after they have been drinking.

Moreover, they tend to underestimate their impairment as their blood alcohol concentration starts to decline about an hour after their last drink. In other words, you feel more sober as compared to when you consumed your last drink. But this doesn’t mean you are sober, it just means you may feel slightly less impaired than you were before. However, you can still be unsafe to drive.

There are also several factors that can affect your level of impairment including how many drinks (and how large they are) you consumed. Glasses of wine poured a little too full, and mixed drinks with more than 1oz of liquor, or larger cans of beer can all mean you’ve had more than you think. In addition, how much and what kind of food you ate, how tired you are, and some types of medication can make you unsafe to drive, even if you haven’t had that much to drink. So, the next time a guest tells you they feel fine, you can better explain why how they feel is not the best measure of how safe they are to drive.

Switching gears from feelings to science…having “only two drinks” still impacts our ability to drive safely; each measured drink of alcohol raises blood alcohol concentration (BAC) by about .02 per hour. Beginning at .02 BAC, there is increased difficulty performing divided attention tasks such as driving and anticipating hazards. At .05, these symptoms are compounded with difficulty steering and tracking other vehicles. Legally, this is obviously highly problematic, but ethically and morally it is 100% unacceptable to drive impaired. 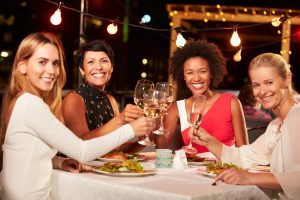 Remember when we said approximately 20% of US drivers self-reported driving when they thought they were over the legal limit in the past year? Well, among this 20% of drivers, almost 40% of them (39.4%) did so because they thought they were “fine” and okay to drive. It’s fair to say we have all, at some point, overestimated our ability to undertake any number of tasks or activities whether it be making that perfect pool shot (and losing the friendly bet), misjudging the distance between two banks of a creek (and subsequently dealing with the embarrassing soaking), or misjudging our hunger level in relation to the pile of food remaining on our plate at a potluck that just looked too good to pass up. But, when it comes to misjudging alcohol consumption and fitness to drive, the consequences are considerably more dangerous…to us and others.

How many of us have heard a friend, family member or colleague try to justify a risky decision with anything from the most basic to the most extraordinarily creative excuses? In the case of drunk driving, justifications range from not driving very far or fast to there’s hardly anyone else on the road at this time of night. Among Americans, 10.4% reported they drove after drinking because they thought they could drive carefully regardless.

The main problem with this thought process is it’s likely already impaired by the alcohol consumed, and it overlooks the very real possibility of encountering other people on the road. You may not expect to see anyone; but you really don’t know if you will or not. So, why take the chance? A reasonable, sober person would likely not take this unnecessary risk, but therein lies the challenge with using how we feel as a basis to determine our ability to drive safely behind the wheel.

Also, some Americans will drive after drinking because they think there is no alternative (5.1%), or because they don’t live very far away (8.6%). This is where we make sure we all look out for each other. If you’re hosting the gathering, make sure family and friends either have a place to stay or a pre-arranged safe ride home. Now, more than ever, we need our celebrations and gatherings to be good ones and not devastating with a preventable injury or death of a loved one or friend.

Or, sometimes it’s as simple as, “I just don’t feel like dealing with the hassle of getting my vehicle the next morning,” and instead see it as more of an inconvenience best avoided. For some, it may be a matter of personal pride making it hard to admit a night spent crashing on a friend’s couch is needed.

Safe rides for EVERYONE! 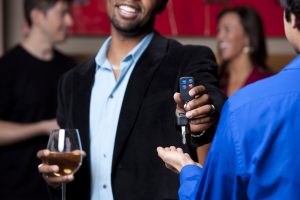 So, now that we’ve established how complicated it is to correctly estimate impairment, I think it’s fair to say we can agree it’s best to avoid the risk of driving while impaired by planning for a safe ride home. Planning ahead completely preempts the temptation to think to ourselves once the party is underway, “I can totally drive; I’ve only had two drinks!” Again, impairment is about much more than simply the number of drinks consumed. By the time we’re already a few drinks into a fun evening, it’s too late to rationally consider all the variables that impact our level of impairment. There is an increasing demand and market for non-alcoholic beverages providing consumers with the flavour and social ‘feel’ of drinking without risking alcohol consumption (think Budweiser Zero or non-alcoholic wines).

Some people may not feel comfortable taking public transportation or a taxi for any number of reasons. As important as it is to not drive drunk, it’s equally important that the alternative safe ride option is one we feel safe taking. This means it is even more important to pre-plan a ride home before the drinking begins, whether it includes a sober friend, a family member providing a pick-up or taking your friend up on the offer of a spare room or if necessary, the couch. All these options are much more preferable to the alternatives. For me, it’s a heavy reality check to know that driving drunk puts more than my life at risk.

On average, 29 Americans and 4 Canadians are killed every day in fatal alcohol-impaired driving crashes. This is too many, we all want to get home safely and we all play a role in ensuring that happens for ourselves, and for others. Remember, whether it’s wine, beer, or liquor, the effects of alcohol are the same. So, the next time you think you’re fine to drive because you “only had a couple,” do yourself and other road users a favour and stop for a minute to rethink getting behind the wheel. 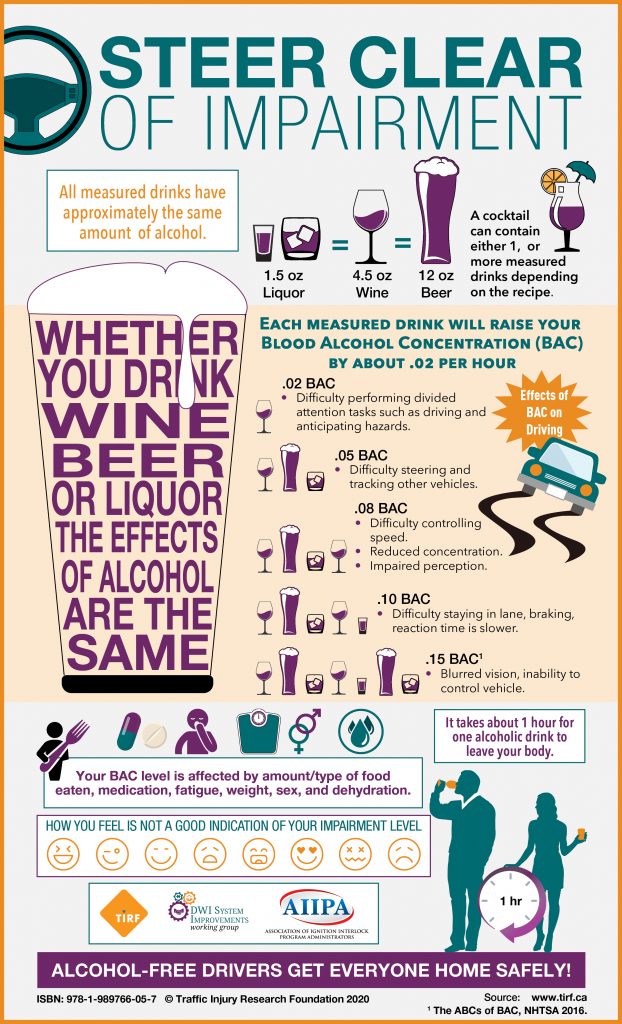 Preventing Alcohol-Impaired Driving: What the Public Needs to Know: https://tirf.ca/download/preventing_alcohol_impaired_driving_public_needs_know_dwiwg2018/