I know what you’re saying: it’s not me, it’s other drivers.

If asked whether we’re a safe driver, chances are many of us would enthusiastically and confidently say yes. There should be something reassuring in this response since I would hope anyone who is not confident in their driving skills would stick to public transit. But, even us polite and humble Canadians are susceptible to overestimating our abilities in many areas (I’m looking at you, karaoke singers). Unfortunately, drivers are no different. When asked about our driving skills, we Canadians are a confident bunch. A survey of Canadian drivers showed the majority of Canadians (95%) believe they are good drivers. 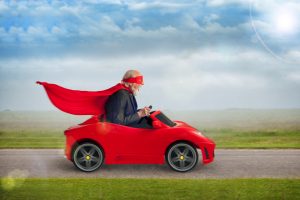 Confidence can be a good thing, but are drivers overconfident? There is evidence to suggest yes. A survey of drivers by Allstate showed two-thirds of drivers believed their driving knowledge, abilities and habits were better than the average driver; a belief which is almost statistically impossible! This same survey amusingly showed drivers consistently rated themselves more positively than close friends and other people their age. This tendency in beliefs is called the over-average effect, a form of overconfidence.

But, overconfidence can lead to unnecessary risk-taking behaviours and can be cause for concern.

Driving a big metal box weighing several thousand pounds at high rates of speed comes with certain risks. To reduce those risks, there are laws which require us to consistently follow the rules of the road. There are also regulations specifying who is eligible to drive, what types of vehicles and under what conditions. While these rules and regulations are designed to protect road users and reduce risks of collisions, some unsafe behaviours are still all too common.

Let’s consider three unsafe behaviours I see all the time and I bet you do too. 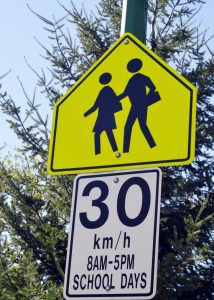 Speeding is probably the most common risky driving behaviour. Data collected by the Traffic Injury Research Foundation (TIRF Road Safety Monitor Survey 2019) showed only 1 in 4 (or 27%) of drivers said they never speed well over the posted speed limit. It seems to me some drivers choose their speed not based on what is most appropriate for safe travel, but the top speed they think they can achieve while avoiding a speeding ticket. In my own family, I’ve heard “I won’t get a ticket as long as I’m not more than 10 kph over the limit.” As a road safety professional, I cringe! Speed limits are set to reflect the safe travel speed based on road design and the surrounding environment. There is a factor of safety built-in by posting the speed limit a little under the design speed, so safety can be maintained under less than ideal conditions such as rain. Exceeding the posted speed erodes or even eliminates that safety factor. 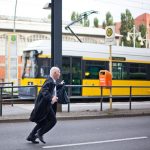 Red-light running is another common risky behaviour. I frequently see drivers going through red lights, often well after the onset of a red signal. I presume these drivers see an empty intersection and believe they can proceed safely. But what if a driver coming from an opposing direction also proceeds through the intersection? Or a pedestrian sprints through the intersection against a don’t walk signal? Now two risky behaviours which may have appeared safe at that moment may cause a serious collision.

Another common behaviour I often see is drivers failing to stop completely at a stop-controlled intersection; an all-too-common occurrence many of us can likely attest to witnessing. I’ve personally had a few close calls when drivers did a rolling stop and I had the right of way. I imagine those drivers were only looking where they were going, or may have been distracted, and because they didn’t see me, felt they didn’t need to make a full stop.

So why do some drivers persist with such unsafe behaviours? What these three behaviours have in common is the perceived danger is very small. Presumably, drivers would acknowledge they were wrong, but did it because they felt confident they were being cautious and safe in that moment. This is understandable. Speeding by 15 kph is not as noticeably risky as speeding by 50 kph. Going through a red light or not coming to a full stop at an intersection does not seem so risky if you are paying attention and traffic is light.

In truth, this discounting of potential dangers is a form of risk blindness, where seemingly small risks are not seen, or perceived to be so unlikely they are dismissed. 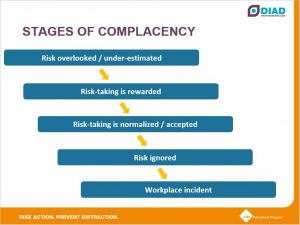 This risk blindness is reinforced when drivers engage in seemingly low-risk behaviours without any negative consequences. The lack of negative consequences reinforces their beliefs about their driving skills and judgement. For example, we may think because we drive every day and have engaged in these unsafe behaviours before but not been involved in a collision this is testament to our driving skill. It’s not. Even for drivers with poor driving skills and habits, crash involvement is a rare event, although one with potentially serious outcomes. According to an article in Forbes magazine, the average driver will be involved in a car crash only once every 18 years. However, the risks of such driving behaviours are likely higher than drivers realize, and certainly higher than other things which keep us up at night, like being in a plane crash or attacked by a shark.

The amount of risk drivers are exposed to increases with the amount of time spent driving. Some behaviours may seem like a negligible increase in risk but the laws of large numbers can almost guarantee something bad is going to happen; we simply don’t know when it will occur. And sadly, the question is often who will pay the price when that time comes.

Think about a driver who never comes to a complete stop at the 4-way intersection at the end of their street. There are many children in the neighbourhood and the chance of a child darting across the road in front of an approaching car at the intersection is 1 in 5,000. There is a very low probability (0.02%) this will happen during any single trip for the driver. But consider this driver travels through this intersection 600 times a year. The chance of a child running in front of the car as it approaches the stop line during a year is 600 times the probability during a single trip. In other words, there is a 12% chance in a given year a potentially serious crash may occur if the driver never makes a full stop. In just over 4 years, the probability is already 50%! So looking at how very small changes in risk add up over time makes it rather obvious these behaviours are much more serious than they may appear. In essence, the more we do it, the greater the risk.

Our roadways are designed by engineers and planners who recognize drivers are not perfect and may be unpredictable. Unintentional driving errors may result from drivers being distracted by something inside or outside of the vehicle or drivers looking but not actually seeing what is around them. Other types of road users can equally be unpredictable and may not act as expected at all times. Children biking through stop signs or drivers with their turn signal on going straight even though an intersection are just two examples. Our rules of the road are there in part to protect us from the unexpected.

When it comes to driving, the safety culture in Canada seems accepting of some unsafe behaviours on the road because the perceived risk is low. But the fact is those risks are not negligible and repeating these behaviours over time substantially increases the probability of a serious collision.

Positively, a better understanding of risks can encourage safer choices and shift social norms to discourage the speeding, red light running, and rolling stops we take for granted.  In this way, Canadians can prioritize safety over speed and convenience to reduce collisions and ensure everyone gets home safely.

This change will require some self-reflection and conversation. It’s important to speak up when you see these unsafe behaviours, and have these conversations to encourage family members and friends to make better choices on the road. Together we can strengthen the safety culture on our roadways and move closer to achieving zero deaths and serious injuries. 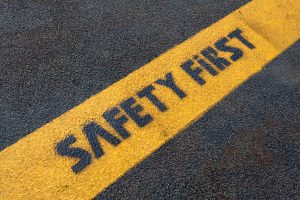 I’ve tried to drill the Safety First message into my kids starting at a young age and I think I’ve had some success. Every so often my kids would tell me how mom was driving and got a flashing red from the mobile speed signs! In their eyes, this was a very shameful event and Mom has since learned to slow down.

Everyone has the power to make roads safer, even our youngest non-drivers. Research shows one of the most persuasive factors influencing our behaviour is the attitudes and behaviour of people around us. This means our thoughts, our words and our actions give us the power to shape the behaviours of people around us, every day. Daily conversations about our experiences on the road provide valuable opportunities to speak up and talk about ways we keep ourselves safe by avoiding risks and adopting safe practices. Imagine how many people could be reached if we all took just a moment to share an important fact about risks, or a safety strategy, as part of those conversations.

Say something, the life you save could be yours.

#MySafeRoadHome blog author: Craig Lyon is a senior research scientist with the Traffic Injury Research Foundation (TIRF). He has a background in transportation engineering with a focus on road safety. Craig’s research interests are in the application of statistical analysis methods to understand the effects of the roadway, drivers and administrative policies on road safety.

New survey shows Canadians’ driving habits might not be as good as they think https://www.newswire.ca/news-releases/new-survey-shows-canadians-driving-habits-might-not-be-as-good-as-they-think-640287983.html 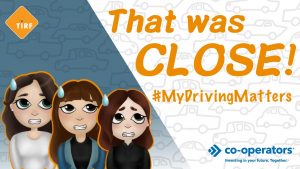